Hyderabad: Oscar-winning sound engineer Resul Pookutty, who is under fire for labelling the recent pan-India blockbuster ‘RRR’ a “Gay Love Story” on Twitter, has received a vulgar slap from MM Keeravani, the music composer of films ‘Baahubali’ and ‘RRR’.

In response to a tweet on Resul Pookutty, Keeravani referred to him as “P*OKUtty.” In his reply to ‘Baahubali’ producer Shobu’s tweet, Keeravani wrote, “Maybe I am bad at using uppercase and lowercase letters while typing letters but I respect every person’s freedom of expression, including of Resul Pookutty”. 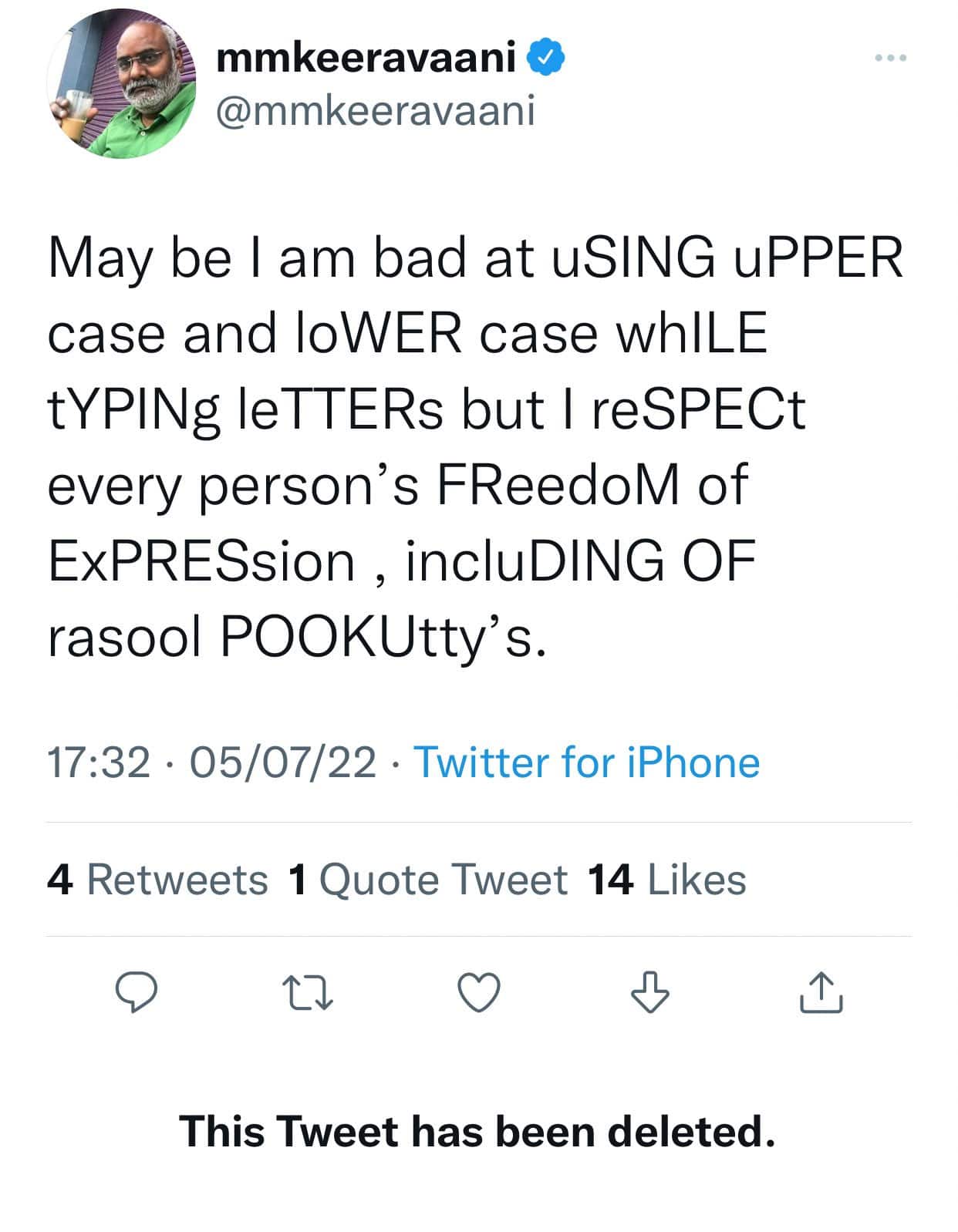 Though the statement has nothing wrong, those who are familiar with Telugu swear words would be able to connect the dots, as the word highlighted in the end, is a form of a lewd comment on Resul Pookutty.

This obscene slap by Keeravani has gone viral on social media. However, the veteran musician is not receiving much criticism because many people believe Resul deserves to be castigated for his unnecessary sly remark on ‘RRR’.

With his remark on ‘RRR’, Resul certainly generated massive outrage, and this is currently a big issue on social media.