NEW DELHI: South star Allu Arjun has been receiving love and appreciation from all over for his latest blockbuster ‘Pushpa’. The film released in theatres on December 17 and emerged as one of the biggest money-spinners of the year despite being a regional film. Arjun’s look of the character ‘Pushpa’ was also an instant hit among the masses. Allu essayed the character of a red sander smuggler Pushpa Raj in the film. His signature walk, tilted shoulder and swirling his hand under his beard took the audience by stir.

Buzz is high that Allu is all setto be seen in the second installemt of the film and has already began his preparation for his role. Recently, the actor was spotted by the paparazzi in Mumbai. He was seen sporting the ‘Pushpa’ avatar, with similar hairstyle and beard. He donned a printed T-shirt with black trousers and apparently looked bulkier than his usual appearance. However, the star’s latest outing brought some criticism for him as netizens took to social media and fat shamed him.

Another user called him a vada pav, ” Vadapaw look”. 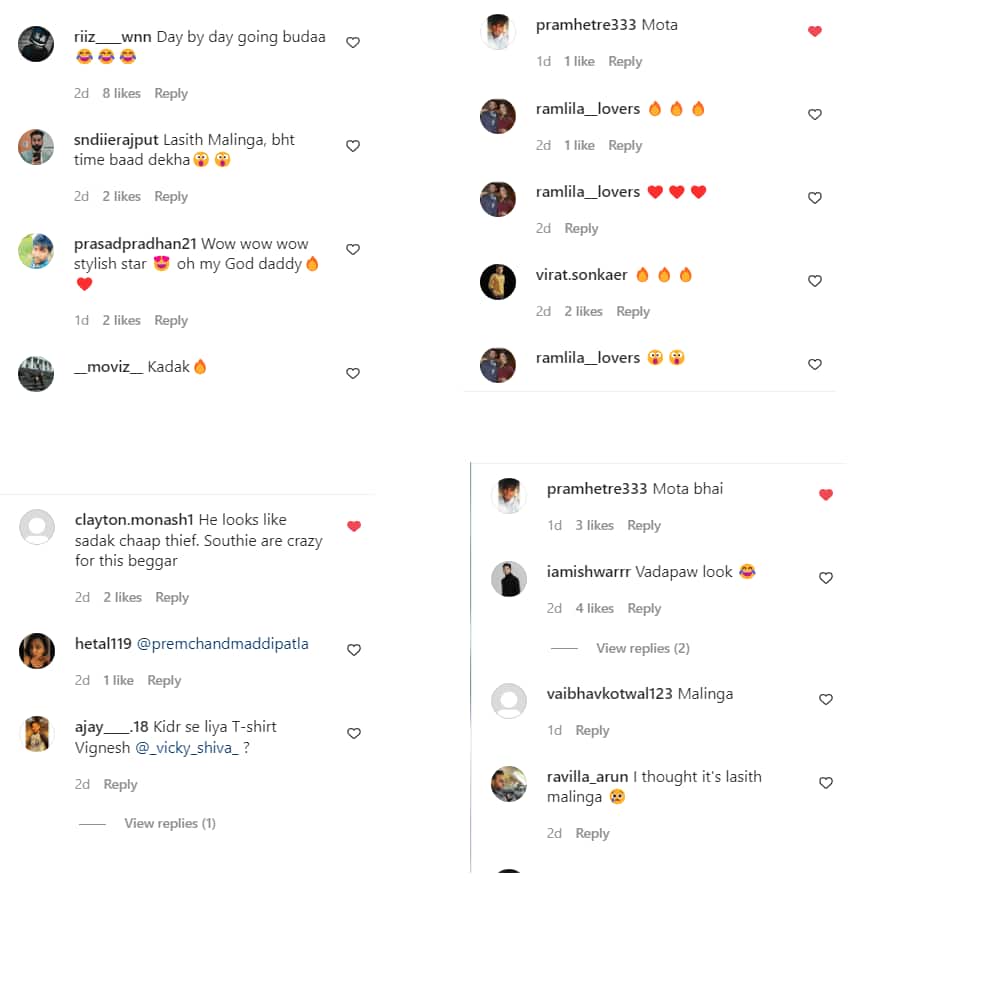 Speaking of ‘Pushpa 2’, an IANS report stated that the makers are now starting to work on scheduling the shooting part. ‘Pushpa: The Rule’s script is still being written, and Sukumar and his crew aim to begin shooting in August. This was primarily owing to Sukumar`s inability to devote enough time to the writing sessions due to a minor health condition.

The film will cross borders and have a multinational setting in which Allu Arjun will be challenged against all odds. Fahadh Faasil will play a pivotal role in ‘Pushpa 2’, and his character in the movie is expected to astound everyone.

After the enormous success of the first instalment of the film, Allu Arjun’s popularity in the north belt has skyrocketed. This is why the filmmakers want to seize the momentum and are paying special attention to ‘Pushpa: The Rule’s execution.