New Delhi: Actor Kartik Aaryan continues to bask in the super success of Bhool Bhulaiyaa 2, as he was been credited for reviving Bollywood after a dry spell at the box office. Commonly hailed as the saviour of Bollywood, Arjun Kapoor also recently addressed Kartik with the title.

Taking to his social media, Kartik shared praises for the trailer of Arjun Kapoor’s upcoming next calling it ‘Super’. The Ishaqzaade actor reposted his story writing, “Saviour has spoken ” as Kartik further replied to him writing, ” Passing on the torch”. 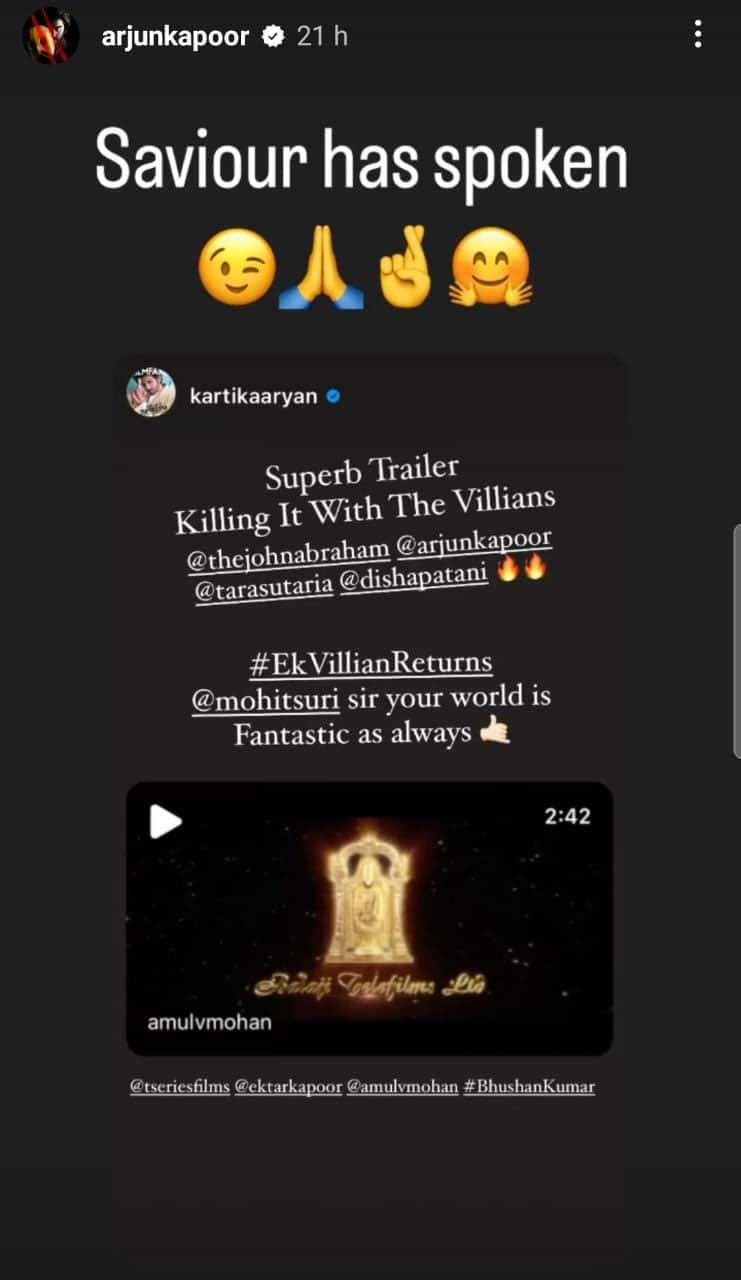 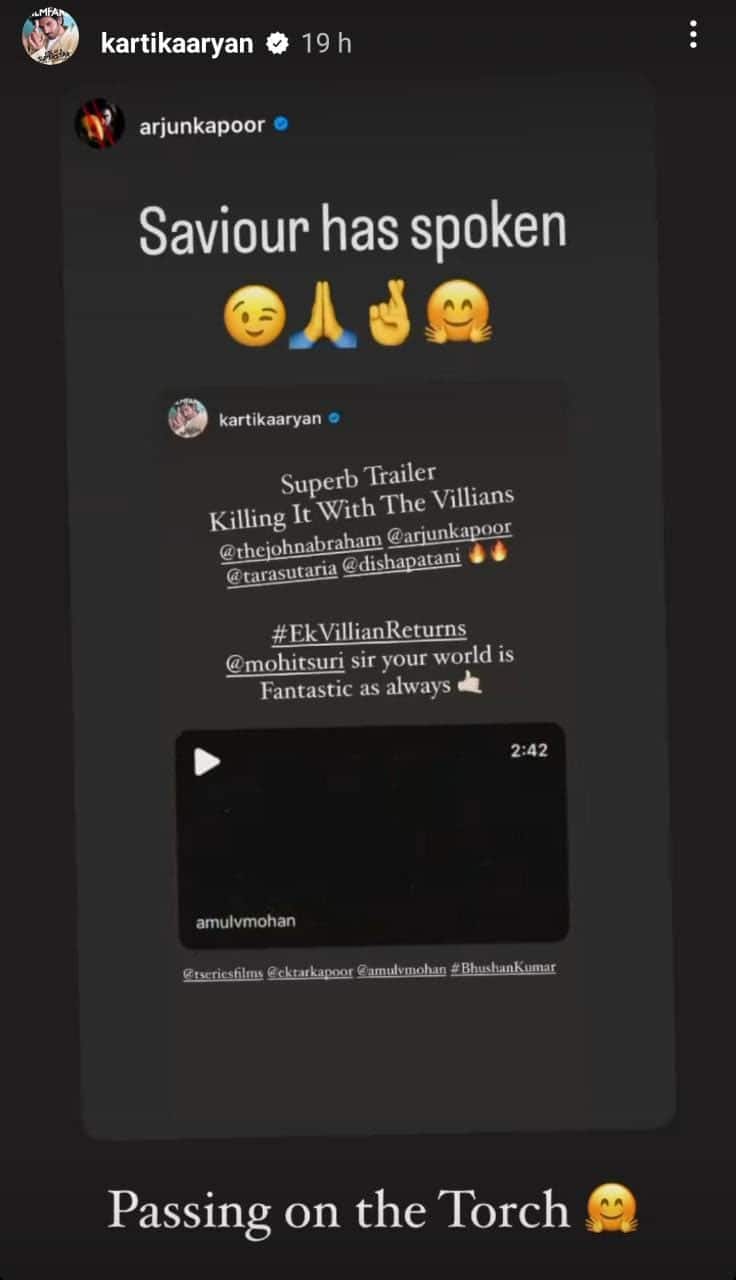 The Bhool Bhulaiyaa 2 actor has managed to pull crowds into theatres since the pandemic, giving the industry a much-needed respite. After delivering the biggest opening weekend of the year, his film has proven a Global Blockbuster on OTT after already crossing Rs 230 crore box office collections worldwide.

On the film front, Kartik has Shehzada, Captain India, Freddy, and Sajid Nadiadwala’s untitled next in his kitty ahead.