New Delhi: One of the most loved couples in Bollywood, Malaika Arora and Arjun Kapoor are currently having the time of their life in Paris! The duo jet off to the French capital to celebrate Arjun’s birthday which is on Saturday.

Ready to bring in the birthday festivities, the couple has been sharing pictures on their social media handles.

Malaika recently took to her Instagram and shared a cool picture of beau Arjun where he is seen giving a side pose for the camera! Standing next to the entrance of a building, Arjun donned a grey sweatshirt with black joggers. He drizzled a bit of coolness to the outfit with a black beanie. Accessorizing the casual, sporty look further, he wore black sunnies, grey sneakers and a loose locket. Malaika captioned the picture “skinny” and tagged Arjun in it. 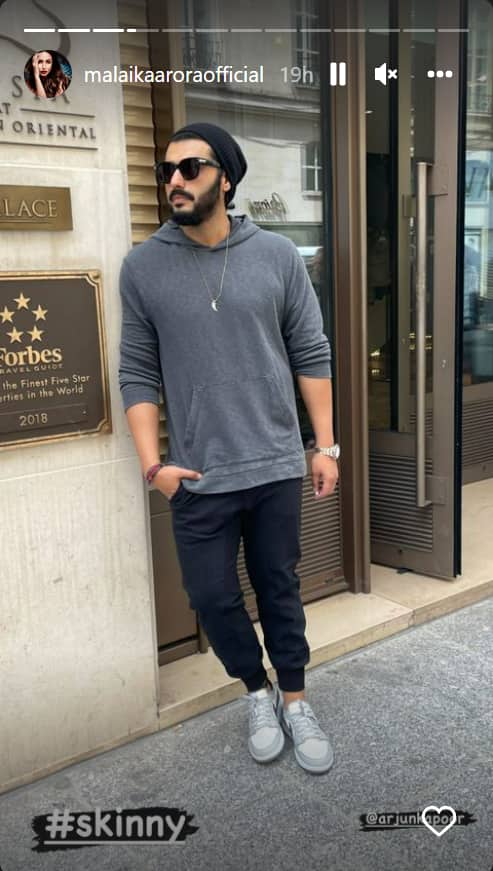 Re-sharing the picture, Arjun wrote a hilarious caption, “She has finally mastered the art of taking good pictures.” 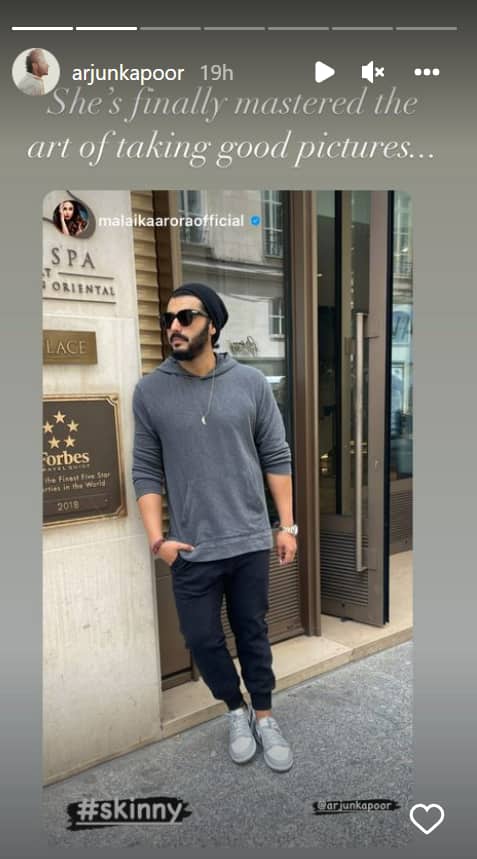 The couple was spotted at the airport on Thursday evening as they flew off to Paris. Arjun posted a picture of Malaika from inside the aeroplane and captioned it “Loving her excitement”.

Amidst rumours of the couple tying the knot by the end of this year, they keep giving their fans a glimpse of their personal lives on Instagram.

On the work front, Arjun will be seen in Mohit Suri’s much anticipated ‘Ek Villain Returns’ soon, which also stars John Abraham, Disha Patani and Tara Sutaria. The film is a sequel to the 2014 film ‘Ek Villain’ starring Sidharth Malhotra and Shraddha Kapoor.

The cast wrapped up the film last year and it was earlier supposed to release on July 8, however makers earlier this month postponed the date to July 29. Apart from ‘Ek Villain Returns’, Arjun will also be seen in Aasman Bhardwaj’s ‘Kuttey’ and Ajay Bahl’s ‘The Ladykiller.’