On Saturday, the actress was spotted at a mall promoting her film. She looked uber hot in a yellow top which she teamed up with blue denim. Also present at the event were her co-stars Arjun Kapoor and Tara Sutaria. However, she was massively trolled for her choice of outfits while promoting her film.

Earlier in the day, Disha was papped at the airport in her extremely casual look as she walked along with her co-stars Arjun Kapoor and Tara Sutaria. There again, Disha was badly trolled for her look. The trollers attacked her at her saying that is her identity apart from wearing nude clothes and being Tiger Shroff’s girlfriend. 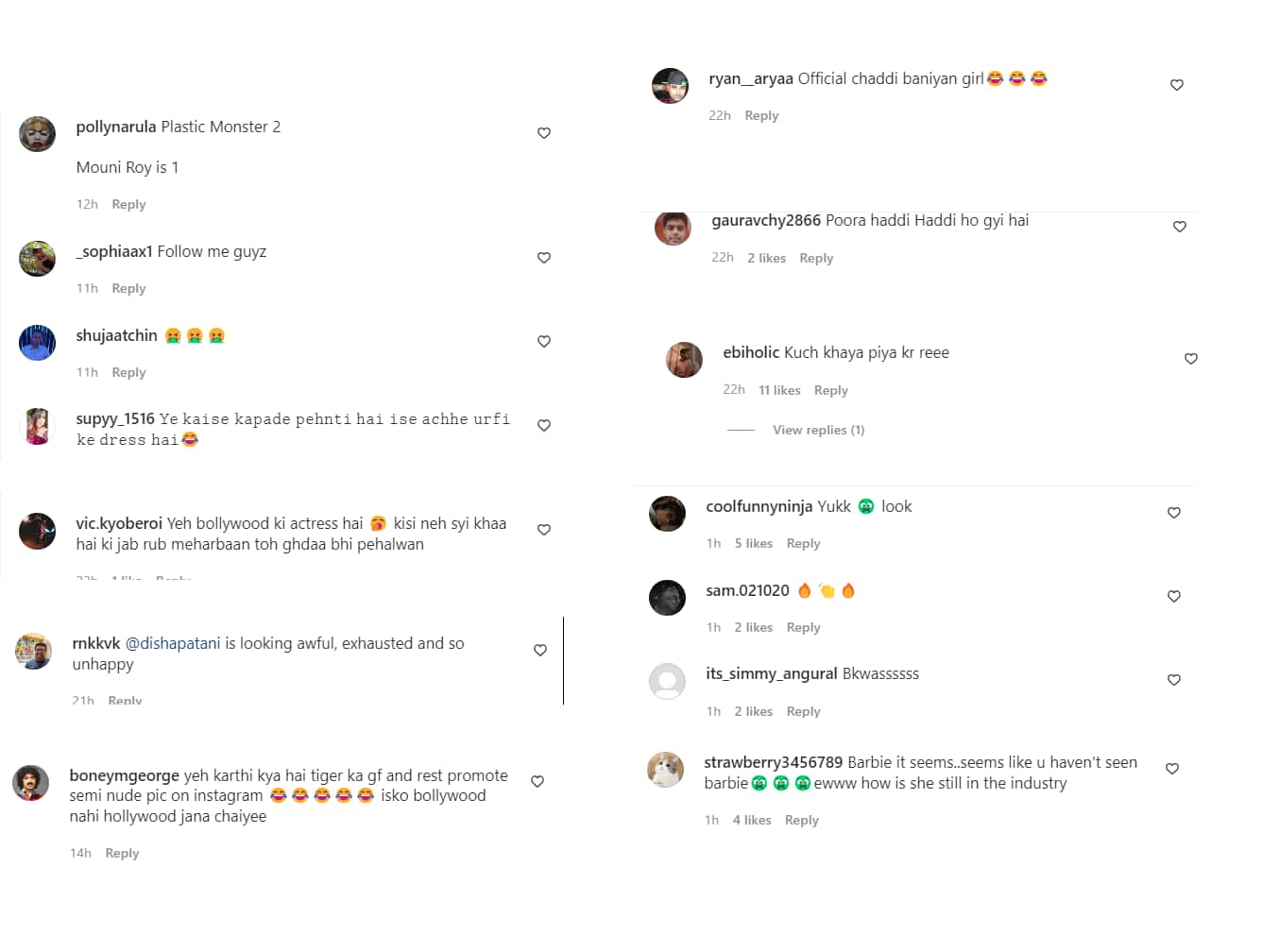 Netizens attacked the ‘Baaghi’ actress mercilessly and even body-shamed her, by calling her malnourished and flat. Some of them went on to draw comparison with yesteryear actresses saying ‘Madhuri Dixit were not skinny but yet they were beautiful.

Disha Patani often gets trolled by netizens for wearing exposing clothes. Lately, she is also being accused of going under the knife and getting her nose and lip jobs done.


The action-thriller film is directed by Mohit Suri and produced by Balaji Motion Pictures and T-Series. It stars John Abraham, Arjun Kapoor, Disha Patani and Tara Sutaria in lead roles. The film is a spiritual successor of ‘Ek Villain’, starring Sidharth Malhotra, Shraddha Kapoor an Riteish Deshmukh. It is scheduled for a theatrical release on July 29, 2022. As per reports, Aditya Roy Kapur was originally signed for the role enacted by Arjun Kapoor, but later backed out due to creative differences with director Mohit Suri.

On the work front, she has films like ‘Yodha’ and ‘Project K’ in her kitty.