His son-in-law Ashish Chaturvedi told PTI, “He was admitted to the hospital for eight to ten days as he suffered cardiac arrest. He had breathing issues and was undergoing treatment. He passed away today morning at 4.00 am due to cardiac arrest.”

Many celebrities including filmmaker Hansal Mehta, Pratik Gandhi, Anees Bazmee, screenwriter-lyricist Mayur Puri, CINTAA and IFTDA among others extended condolences to the family and expressed grief at the saddening news. 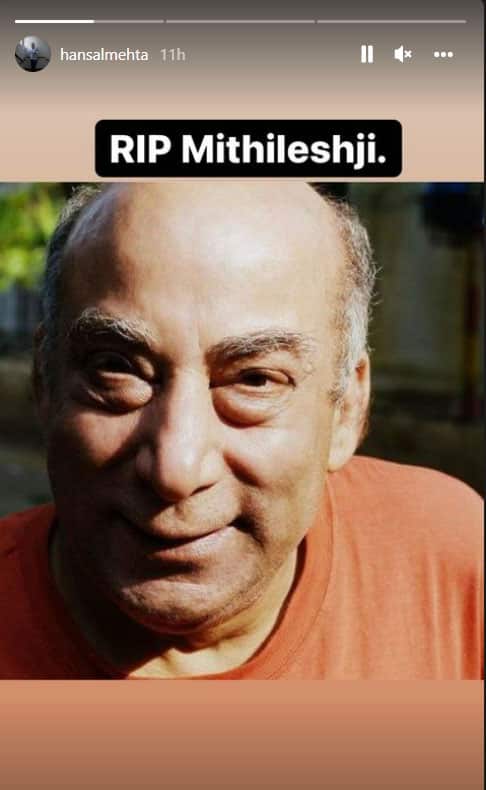 We pray to the Almighty to bless his noble soul and give courage to his bereaved family to bear the irreplaceable loss. pic.twitter.com/esH07BKg0a
— Iftda India (@DirectorsIFTDA) August 4, 2022

The 67-year-old actor suffered a cardiac arrest ten days ago and was admitted to Kokilaben.

Mithilesh Chaturvedi’s last rites were held in the evening at a crematorium in Versova. The actor is survived by his wife, two daughters and a son.

May his soul rest in peace!

(With inputs from PTI)