New Delhi: Actors Siddhant Chaturvedi and Deepika Padukone’s crackling chemistry in Shakun Batra’s directorial ‘Gehraiyaan’ was immensely loved by the audiences. The two actors recently bumped into each other at a fashion show, where they shared a warm hug.

While the audience had showered their love on both the actors for their amazing chemistry, it was indeed a very special role for them too. While at a recent event, the Gehraiyaan pair were seen hugging each other. The moment contained a lot of sweetness and delight as their attachment was quite visible there too. A fan captured this sweet reunion moment at a Manish Malhotra show where Deepika was the showstopper along with her husband Ranveer Singh. This was the couple’s first ramp walk together after getting hitched. 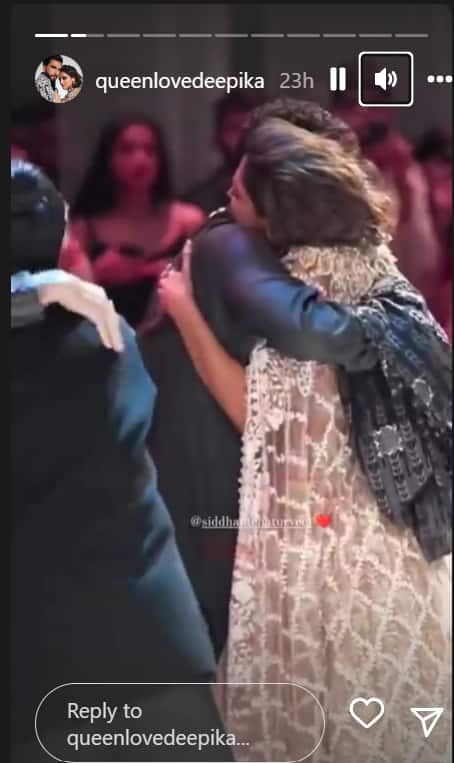 On the work front, Siddhant will next be seen in horror-comedy ‘Phone Bhoot’ that also stars Katrina Kaif and Ishaan Khatter. Meanwhile Deepika, has her kitty full with an interesting lineup. She will feature in Shah Rukh Khan’s comeback film ‘Pathaan’. The actress is also part of Prabhas starrer ‘Project K’ and will also feature in the Hindi remake of Hollywood film ‘The Intern’. The film will have her reunite with superstar Amitabh Bachchan after their film ‘Piku’.