New Delhi: Expect actress Kangana Ranaut to call a spade a spade. Her last venture Dhaakad tanked at the Box Office and ever since the talented actress has been trolled massively. Fedup of stories on Dhaakad flopping, the powerhouse of acting took to Instagram and took potshots at other big releases too.

Kangana Ranaut shared a screenshot of an article that featured a list of movies such as Gangubai Kathiawadi, 83, JugJugg Jeeyo and Radhe Shyam under the title reading, ‘The 100 crore flops – Welcome to Bollywood,’ Kangana wrote, “Everyday I wake up to hundreds of articles of Dhaakad being a flop… and no one is talking about these big disasters… any specific reason?’ 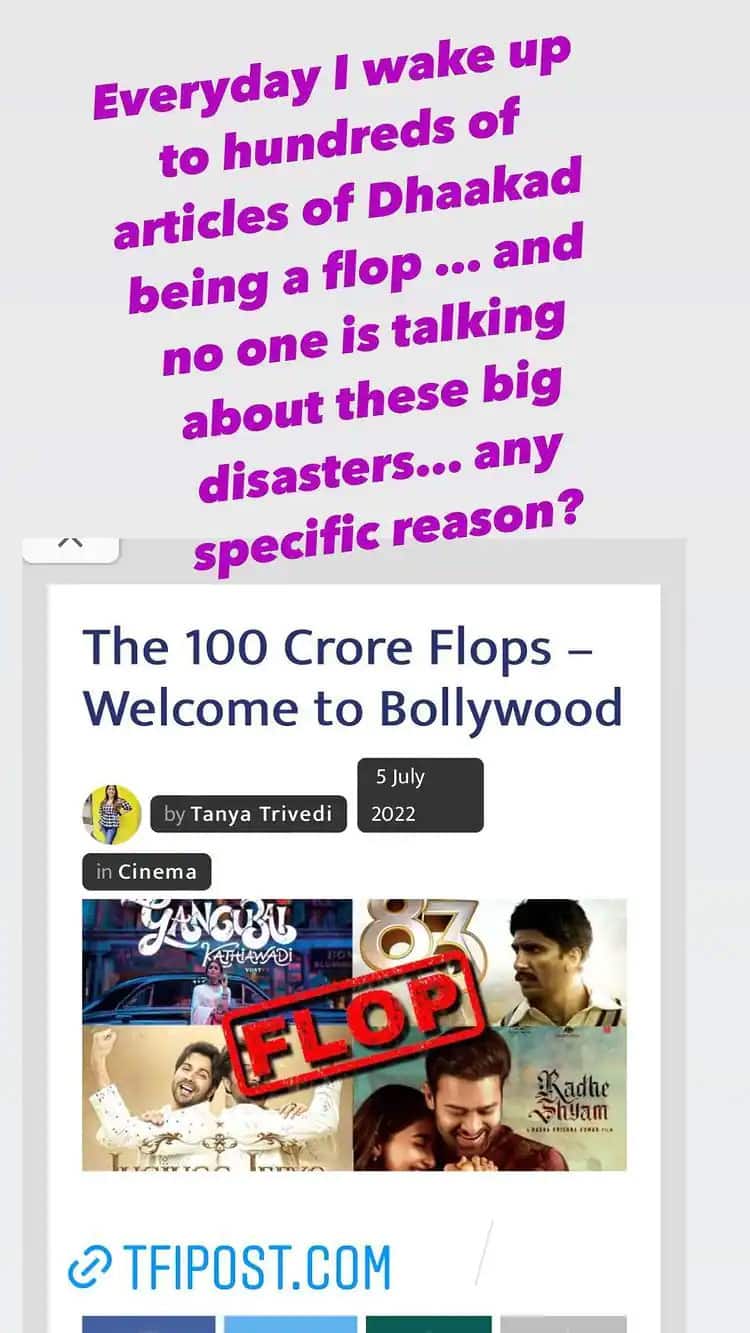 Even though Dhaakad failed to achieve what it set out to, her spirits are high and undeterred.

On the work front, Kangana Ranaut will be seen playing the role of Indira Gandhi in her next film titled Emergency. A few days back, she shared a snippet of a news clipping from the day of the Emergency that took place in 1975.

Kangana Ranaut shared a small anecdote from her upcoming film, on this day on June 25, 1975 when Emergency was declared.

According to ANI, Kangana will essay the role of late Prime Minister Indira Gandhi in the upcoming political drama that she will also produce. The film will reportedly feature the Emergency and Operation Blue Star.