NEW DELHI: Nishvika Naidu is one of the most popular actresses in the Kannada entertainement industry. The actress, who rose to fame with 2018 released ‘Amma I Love You’, keeps grabbing headlines for her style statement. She is known to often raise the temperature on the internet with her sizzling photoshoot and videos.

The actress is once again in the headlines, after her liplock video with a female friend went viral on the internet. As soon as the video surfaced on the social media, it triggered hateful and distasteful comments from netizens, who blasted the actress for her ‘inapropriate’ behaviour. The video has now been deleted. As per reports, Nishvika recently flew to Goa with her friends for a vacation. A video showed a girl smoking a hookah who then blows the smoke in Nishvika’s mouth after locking lips. The video was shared by one of Nishvika’s friends.

Soonafter, many users took to comments section and trolled Nishvika for her act. One user even wrote, ‘It is clearly visible she is high on drugs and is not in her senses’. However, a few other users defended the actress and shared how it is common during a party for such situation to arise. 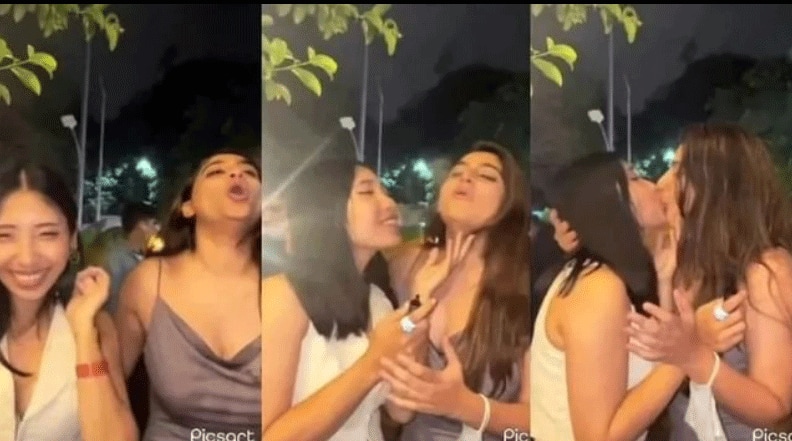 Talking about her professional front, Nishvika stepped into the industry in 2018 after leaving her modelling career behind. She made her debut with the 2018 released ‘Vaasu Naan Pakka’.

Over the years, she has been a part of films like ‘Sakhat’, ‘Ramarjuna’, ‘Amma I Love You’, and ‘Padde Huli’. She is now gearing up for the release of her upcoming project ‘Gaalipata 2’, which is the sequel to the 2008 romantic comedy-drama ‘Gaalipata’.

The film is currently in its post-production stage and is set to hit the theatres on August 12, 2022.