NEW DELHI: Actor Kareena Kapoor Khan, who has been vacationing in London for almost a month now, has shared several pictures as she and her elder son Taimur Ali Khan posed for their ‘messy Gelato series’. Taking to Instagram Stories, Kareena posted photos as she and Taimur held ice cream cones.

In the first photo, Kareena, who is wearing a sunny yellow co-ord set, is seen taking a spoonful of the ice cream wheras Taimur is seen checking his feet as he happens to have spilled some of his dessert on the floor. Sharing the photo, Kareena wrote, “The messy Gelato series with Tim (laughing and heart eyes emojis).”

The mother-son duo look extremely adorable together as they are seen cherishing their ice-cream session. 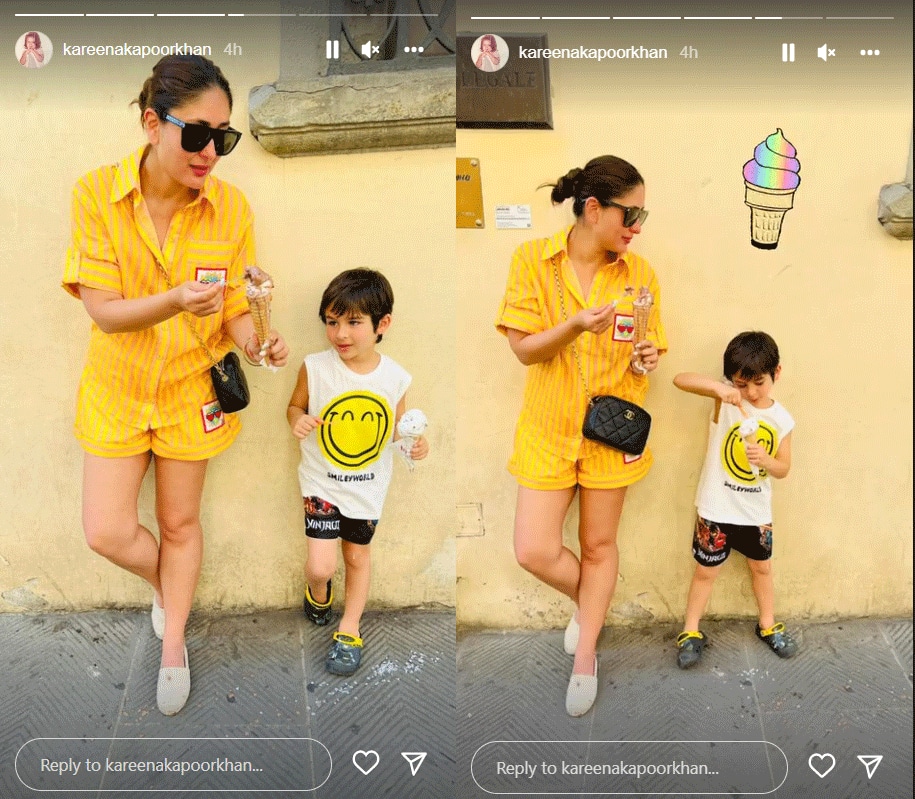 Kareena, who is known for her impeccable fashion sense, is sporting dark sunglasses and carried a black sling bag. Taimur wore a sleeveless T-shirt, black shorts and shoes.

Kareena Kapoor and Saif Ali Khan checked into the UK in mid-June. Recently, Saif’s children from her first marriage – Sara Ali Khan and Ibrahim Ali Khan, who were also currently in London. Recently, Sara and Ibrahim were seen enjoying a serene ‘park day’ with their step-brother Jeh.

On the work front, Kareena Kapoor, who was last seen in ‘Veere Di Wedding’ in 2018, will be returning to the silver screen with ‘Laal Singh Chadha’ opposite Aamir Khan. The film is slated to release on August 11, 2022.

Apart from that, she will be making her digital debut with director Sujoy Ghosh’s next film based on the bestselling novel ‘The Devotion of Suspect X’ opposite actor Jaideep Ahlawat and Vijay Verma. The film will stream exclusively on Netflix.