NEW DELHI: South star Vijay Deverakonda is all over the news as the makers of his upcoming project ‘Liger’, a pan-India film, released its first official poster and it has left his fans excited. The poster shows Vijay flaunting his chiselled body as he carries an intense expression on his face. The actor is seen baring it all in his new poster. As soon as the poster was released, it took the internet by storm with his fans and friends from the industry showering love on him.

Sharing the new poster, he wrote on Twitter, “A film that took my everything. As a performance, mentally, physically my most challenging role. I give you everything! Coming soon. #Liger.” Responding to his post, Sara Ali Khan, who is quite active on social media, shared Vijay’s poster on her Instagram and called it ‘smoking hot’. The actress wrote, “Roses are red, violets are blue…here’s @thedeverakonda lookin’ smoking for you (and me too),” along with a fire emoticon. 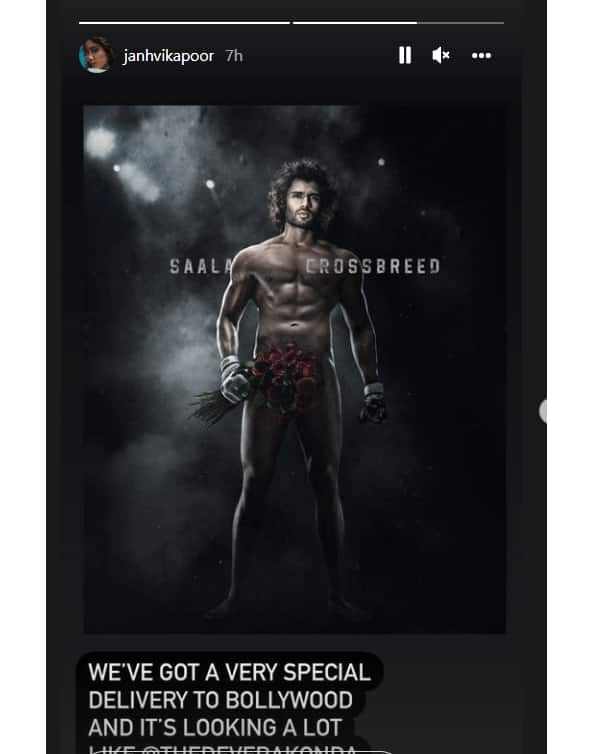 The 33-year-old actor said ‘Liger’ is a film ‘that took my everything’. “As a performance, Mentally, physically my most challenging role. I give you everything! Coming Soon #LIGER,” he wrote on Twitter alongside his new poster from the film.

The upcoming film is produced by Jagannadh, Charmme Kaur, Karan Johar and Apoorva Mehta. It will be released theatrically on August 25, 2022 in five languages — Hindi, Telugu, Tamil, Kannada and Malayalam.

Vijay, who plays a kickboxer with a stutter, underwent a dramatic physical transformation for his role and went to Thailand for martial arts training. After Janhvi Kapoor refused the offer due to dates issues, Ananya Panday was cast opposite him. In September 2021, boxer Mike Tyson was signed for a cameo appearance in the film.

The actor will mark his debut into the Hindi space with ‘Liger’ but his countrywide poularity is already one of the highest, like a crossbreed in reality too. Vijay Deverakonda is best known for his work in coming-of age and romantic Telugu dramas like ‘Life Is Beautiful’, ‘Arjun Reddy’, and ‘Dear Comrade’. For ‘Liger’, he collaborated with Bollywood actors Ananya Pandey, Ronit Roy and boxing legend Mike Tyson.