On Sunday, Mira took to Instagram and shared a cute glimpse of her quality time spent with Shahid. The couple can clearly be seen spending quality time on their Switzerland trip. They were accompanied by daughter Misha and son Zain.

Taking to her Instagram stories, Mira shared a picture of Shahid who was seen sitting in a chair tying the laces of his shoes. He looked adorable as he poses for the camera. The `Haider` actor was seen in an all-white outfit. He wore a white T-shirt along with white joggers. To complement his uber-cool casual look, Shahid opted for a black cross bag and a white cap. 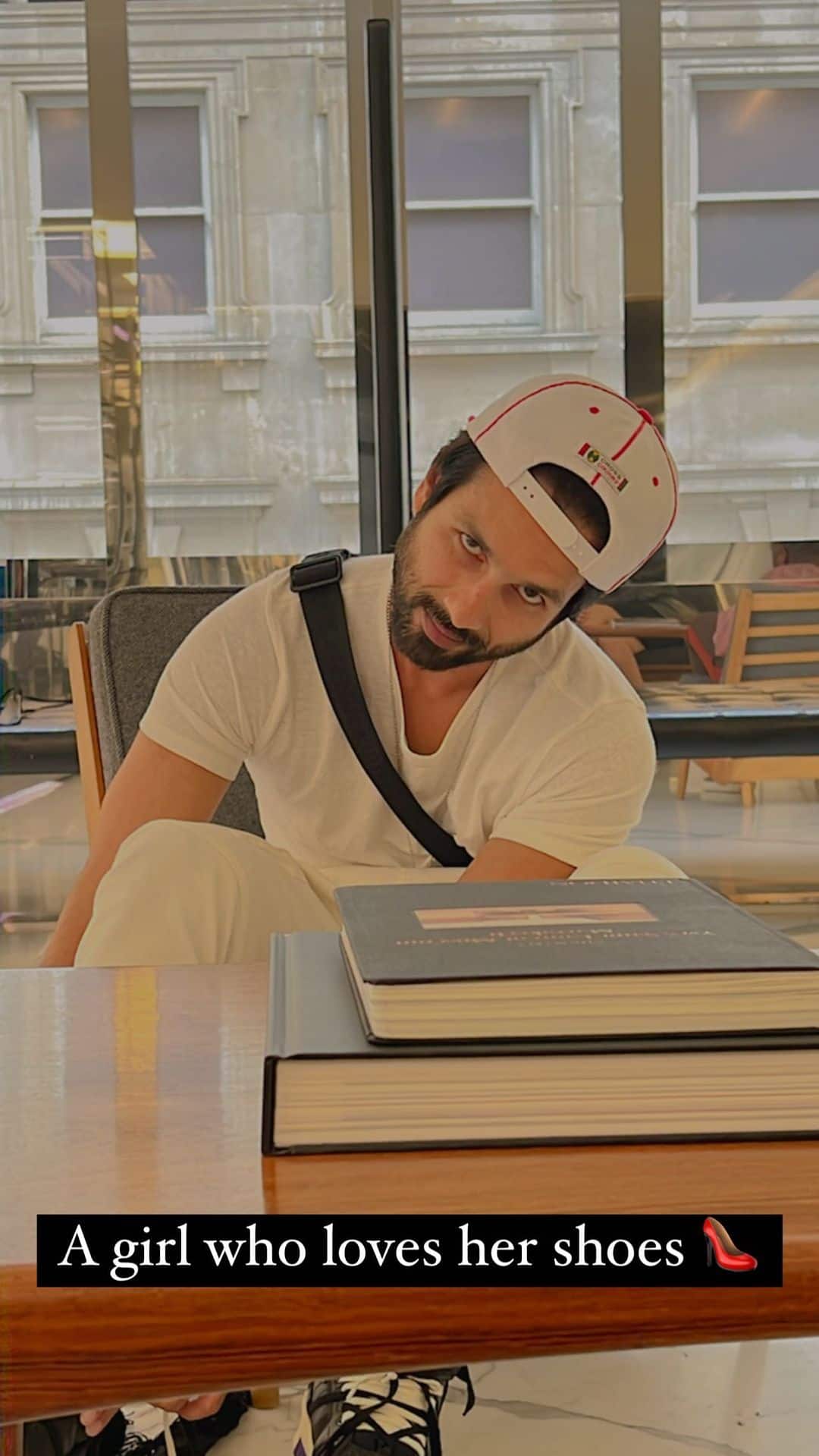 Sharing the picture, Mira gave a quirky caption. She wrote, “A girl who loves her shoes.”

She also posted a few selfies of herself. Mira Kapoor has also been sharing scenic locations of Switzerland on her social media, tugging at the heartstrings of travel enthusiasts. The family seems to be enjoying their trip to the fullest.

Talking about the work front, Shahid Kapoor has some interesting projects lined up. He will next be seen making an OTT debut, the name of which is yet not revealed. Shahid has also collaborated with the director Ali Abbas Zafar for an action-entertainer film.