Taking to Instagram, the `Befikre` actor shared a video, in which he can be seen riding in an auto-rickshaw to get to the final destination. 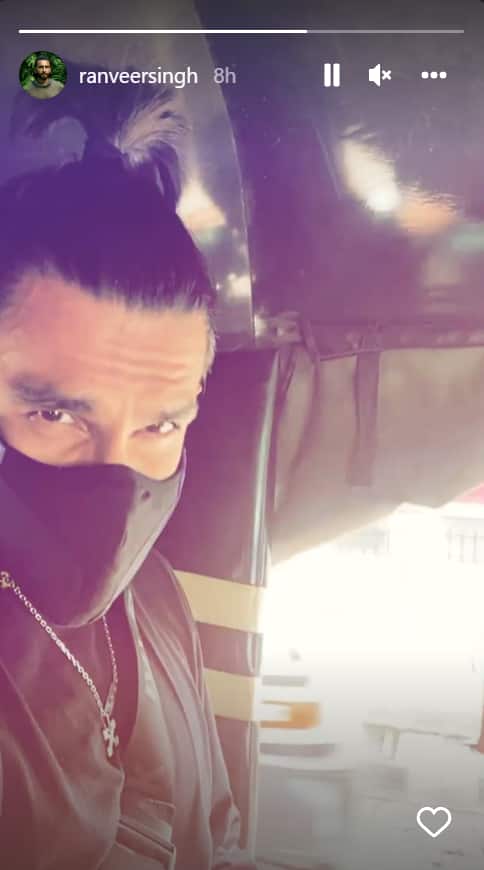 Ranveer donned a black t-shirt in the video and accessorized his look with a matching side bag. He can be seen sporting a stylish pair of diamond studs, completing his look with a black face mask with his hair tied into a ponytail.

In the video, the `Bajirao Mastani` actor, could be seen posing like Kartik Aaryan`s `Bhool Bhulaiyaa 2` pose.

Apart from his extraordinary looks and quirky outfits, the `Ram-Leela` actor is fond of luxurious cars also. He has a fleet of expensive cars parked in his garage.

From Aston Martin Rapide, Lamborghini Urus to his newly added Mercedes Maybach GLS 600 worth Rs.2.43 crores, the actor owns it all.

Meanwhile talking about Ranveer, he was recently seen in Netflix`s interactive special `Ranveer vs Wild with Bear Grylls` which received a positive response from netizens all over the globe. In addition, it has been reported that he has recently bought a new property worth Rs 119 Crore near Shah Rukh Khan`s Mannat.

Ranveer Singh and his wife-actor Deepika Padukone celebrated the latter`s birthday vacationing in an undisclosed location.

On the work front, the `Jayeshbhai Jordaar` actor will be next seen in Rohit Shetty`s next directorial film `Cirkus` with Jacqueline Fernandes and Pooja Hegde. The film is slated to release on the occasion of Christmas 2022. Apart from that, Ranveer also has `Rocky aur Rani Ki Prem Kahani` with Alia Bhatt, Dharmendra, Shabana Azmi and Jaya Bachchan. The film is all set to hit the theatres on February 11, 2023.