NEW DELHI: Bollywood actor Sanjay Dutt, who turned 63 on Saturday (July 30), has been receiving love-filled messages from his loved ones. The Bollywood’s ‘Munna Bhai MBBS’ actor is redefining fitness goals and how and often trends on social media for his workout photos. The actor was recently seen in action-filled roles in ‘KGF 2’ and ‘Shamshera’ and once again won hearts of the hospital.

Sanjay Dutt’s eldest daughter Trishala Dutt also made the headlines as she penned a sweet note for her daddy cool. Trishala, who often shares inspirational posts on social media, took to Insatgram and dropped a beautiful pic of herself with her father where the was seen twinning in black.

In fact, the ‘Khalnayak’ star was seen holding his darling daughter close as they posed for the pic. Showering her love on her father, Trishala wrote, “Happy Birthday my lion king @duttsanjay. Keep shining for me, Keep shining for us all. I love you so very much Papa” along with a heart emoticon. 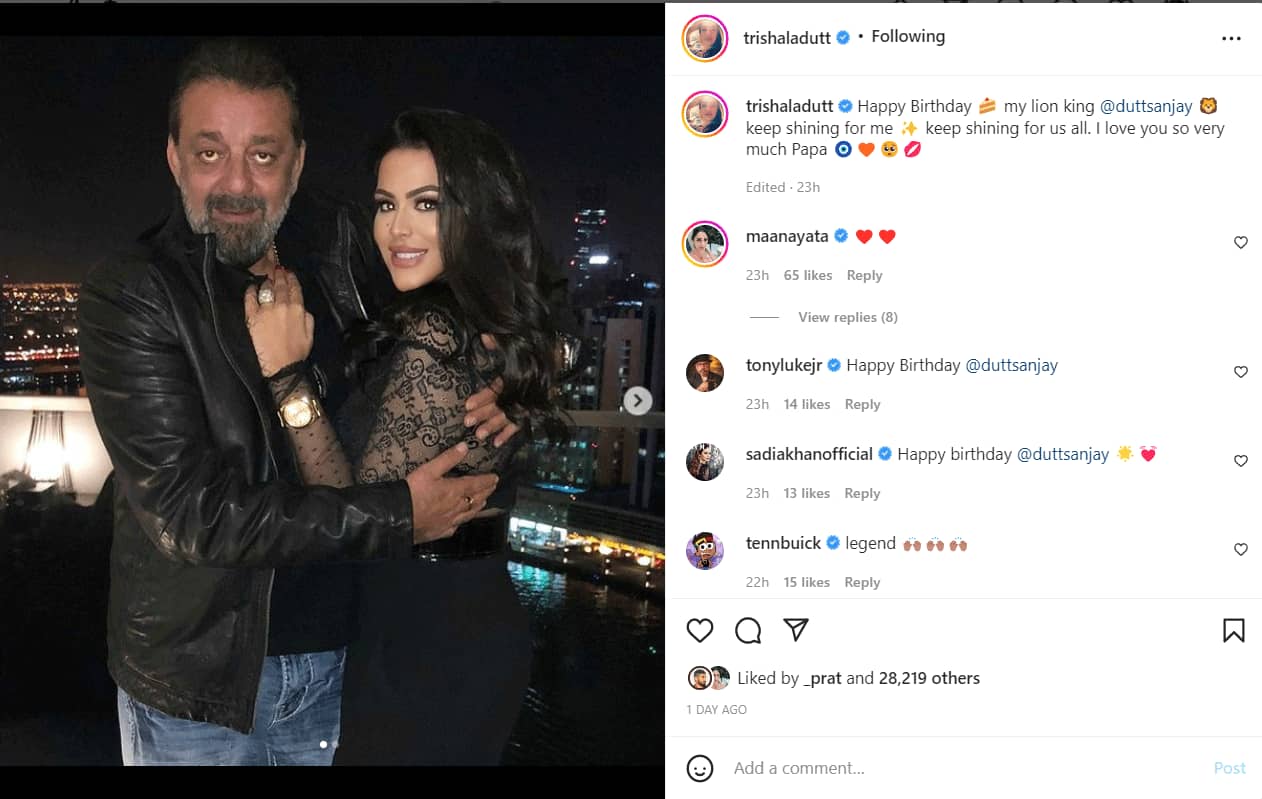 Earlier in the day, Maanayata too shared a pic of Sanjay Dutt wherein he was seen working out in the gym and wrote, “Happy birthday my rockstar!! Keep rocking and inspiring as always and ever!!” 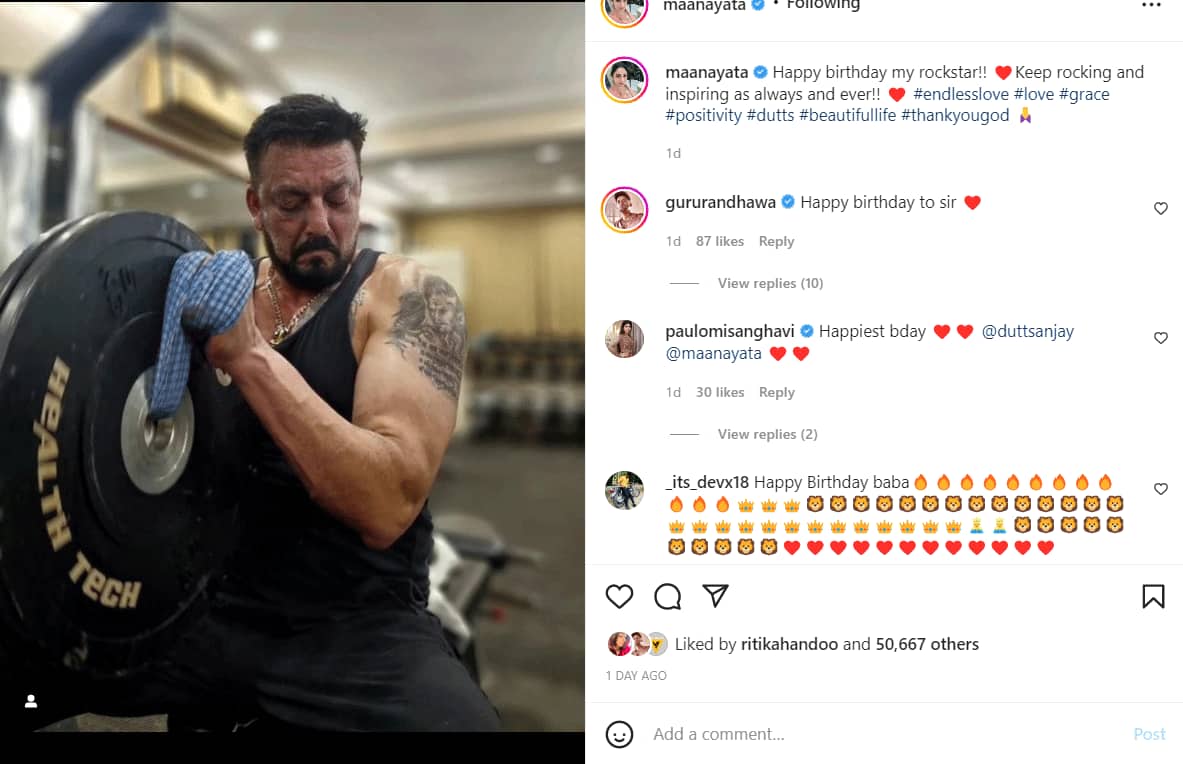 On the work front, Sanjay Dutt has films like ‘The Good Maharaja’ and ‘Ghudchadi’ under his belt.