New Delhi: Bollywood actor Deepika Padukone, on Saturday, shared a heartfelt note, thanking her debut director Farah Khan for believing in her when no one else did.

Taking to Instagram, the `Main Hoon Naa` director shared an image of the` Chennai Express` actor`s advertisement for a luxury brand, to which she captioned, “Looking Good Baby”.In response to her story, the `Piku` actor, thanked and shared a heartfelt message for her first director and wrote, “Thank you MA…YOU had faith in me when no one else did” following with a white heart emoticon. 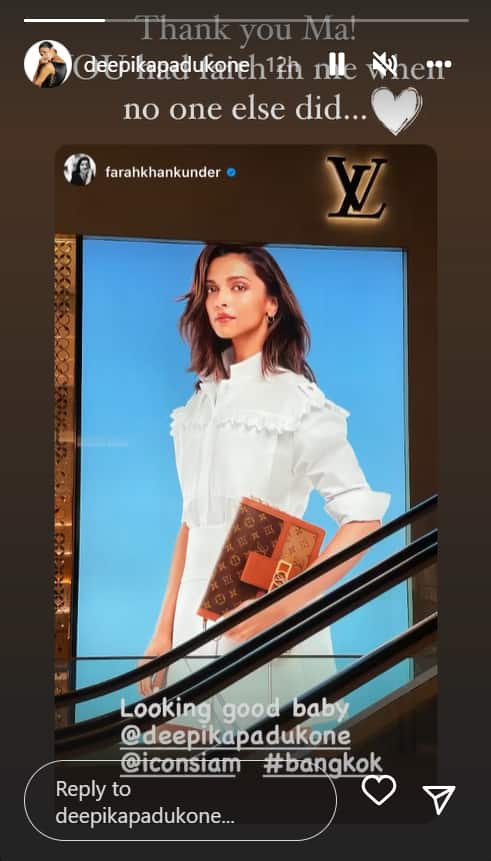 Reacting to Deepika`s message, the `Tees Maar Khan` director wrote, ” You were a star even then..so proud” followed by a red heart emoticon. 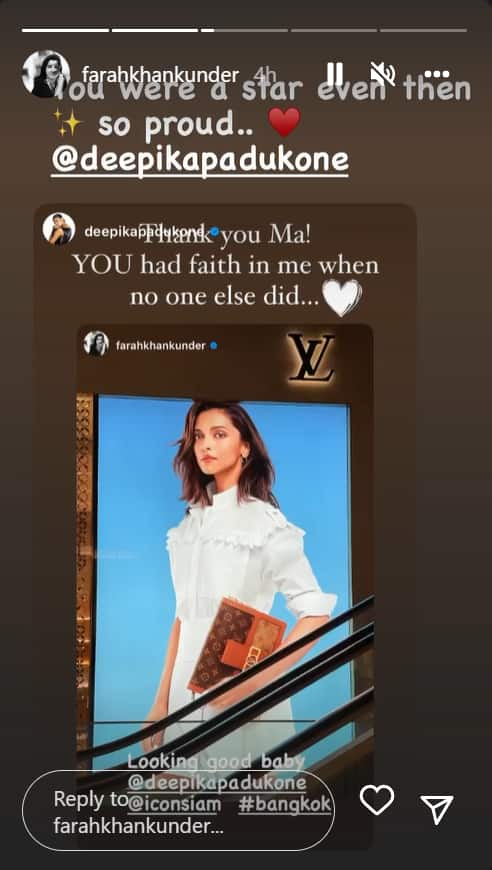 Farah launched the `Yeh Jawani Hai Deewani` actor in Bollywood alongside Shah Rukh Khan in `Om Shanti Om`, the film became a blockbuster hit and Deepika became a star overnight. Post the success of their first film, the duo then collaborated for the second time for `Happy New Year` in 2014, which also starred Shah Rukh Khan, Abhishek Bachchan, Sonu Sood, Boman Irani and Jackie Shroff in prominent roles. Their second collaboration was also declared a hit, as the film collected over Rs 400 crore worldwide.

Meanwhile, the `Race 2` actor will be next seen in Sidharth Anand`s next action thriller `Pathaan` alongside Shah Rukh Khan and John Abraham. The film is slated to release on January 25, 2023. Apart from that, she also has `The Intern` with Amitabh Bachchan, `Project K` with south superstar Prabhas and `Fighter` with Hrithik Roshan. She will also be seen in a cameo role alongside Ranveer Singh in Rohit Shetty`s next comedy-drama `Cirkus` which is slated to release on the occasion of Christmas 2022.