NEW DELHI: Actress-model Urfi Javed is at it again. The 25-year-old needs no introduction as she is known widely for going experimental with her fashion choices and bold looks. The popular social media celebrity was seen in ‘Bigg Boss OTT’ and ever since has been making to headlines for her fearless attitude.

Be it her take on clothing or her faith in her religion, Urfi Javed has never shied away from expressing her views. Her unique style has also garnered apprciation from celebrities, including the likes of Ranveer Singh.

She enjoys massive popularity on social media  and often teases her fans with her picture and videos. On Saturday, she dropped another video, where she is seen dressed up in a bright pink, made of yarn, which she teamed with blue denim.

As expected, netizens left no stone unturned to troll her for her exposing so much on a public platform. 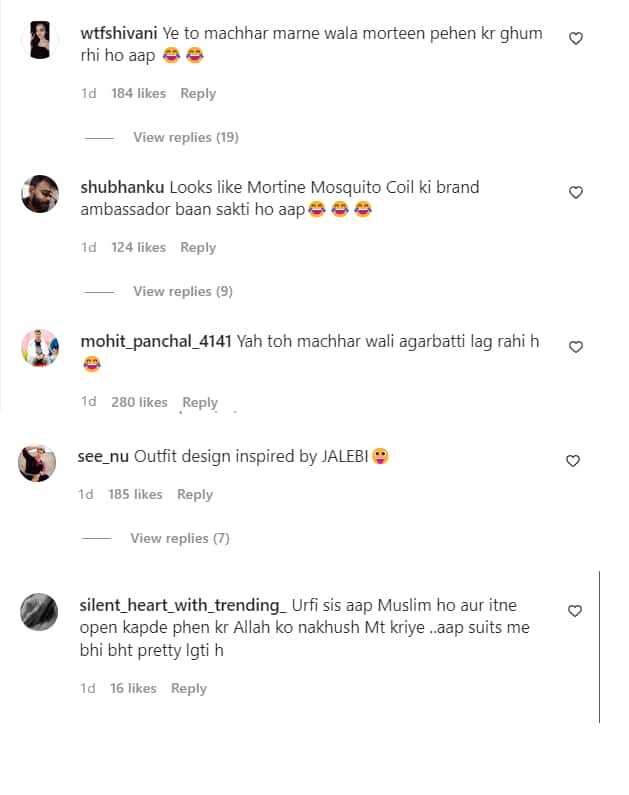 Urfi Javed is known for her bizarre sense of fashion in the industry. Recently, Ranveer Singh during his appearance on ‘Koffee With Karan 7’ praised Urfi for her sense of style and called her ‘a fashion icon’. The actor pointed out that they wouldn’t spot Urfi wearing an outfit twice.

A few days ago, Urfi Javed made a dress from sharp razors and called the outfit perfect for introverts.

In terms of work, she was recently featured in the music video ‘Tere Ishq Mein’ with Aditya Yadav.