New Delhi: As Neeraj Chopra clinched the silver medal in the men`s javelin throw final at the prestigious World Athletics Championships in Eugene, several Bollywood stars took to their social media handles and shared congratulatory messages for him.

Kareena Kapoor Khan took to her Instagram handle and posted a story that had a picture of Neeraj holding the Indian flag. 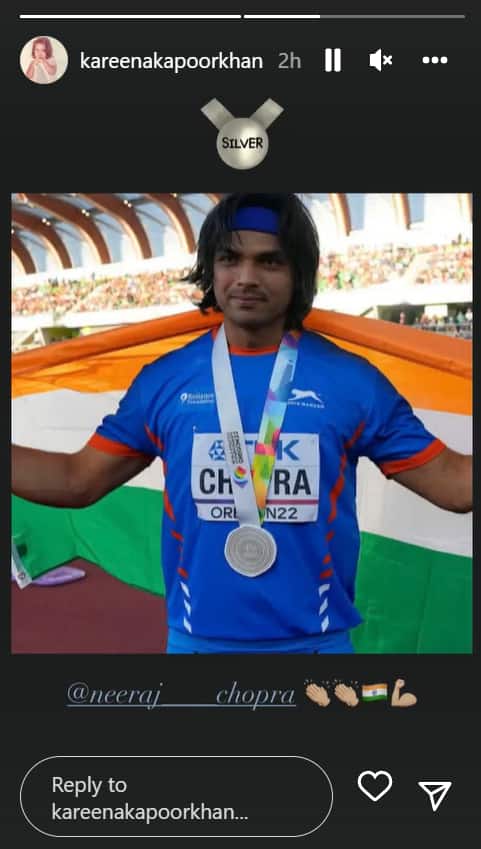 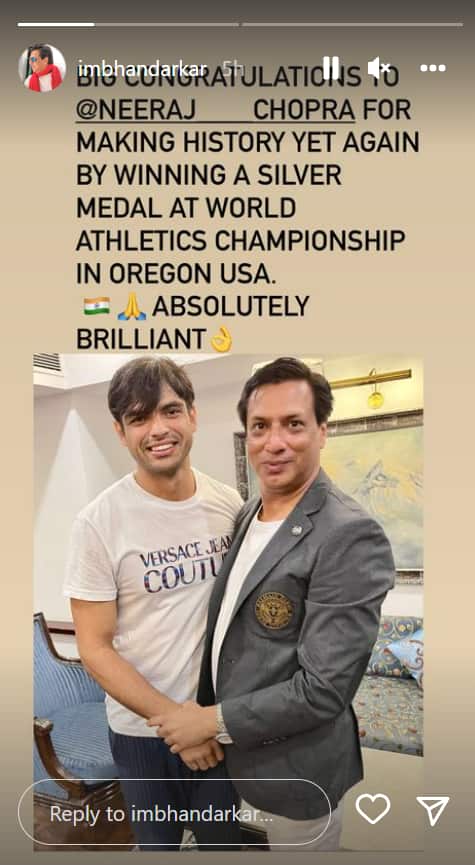 Kangana Ranaut congratulated Neeraj on her Stories by sharing a video of him throwing the javelin and wrote, “The unstoppable @neeraj_chopra… pride of India.” 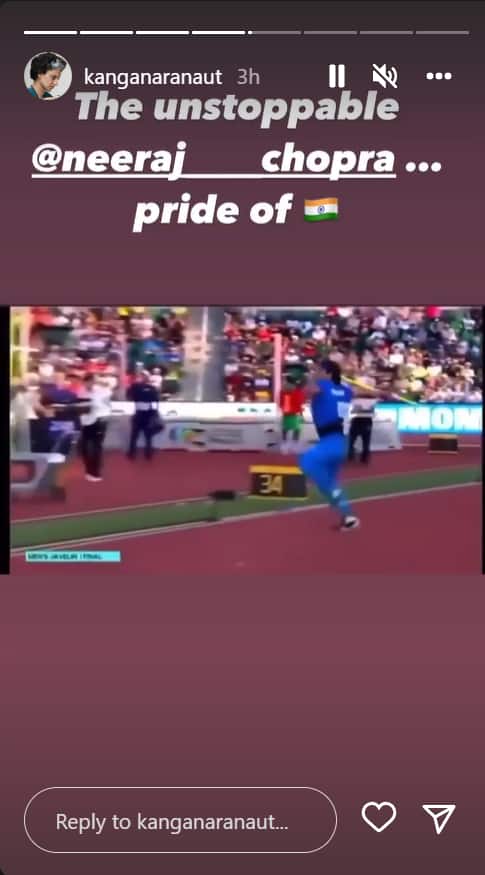 Actor Rajkumar Rao wrote, “Another one for the country of the champions @neeraj_chopra. Congratulations brother”Bhumi Pednekar too posted an Instagram Story featuring Neeraj`s picture along with an applauding hand emoji. 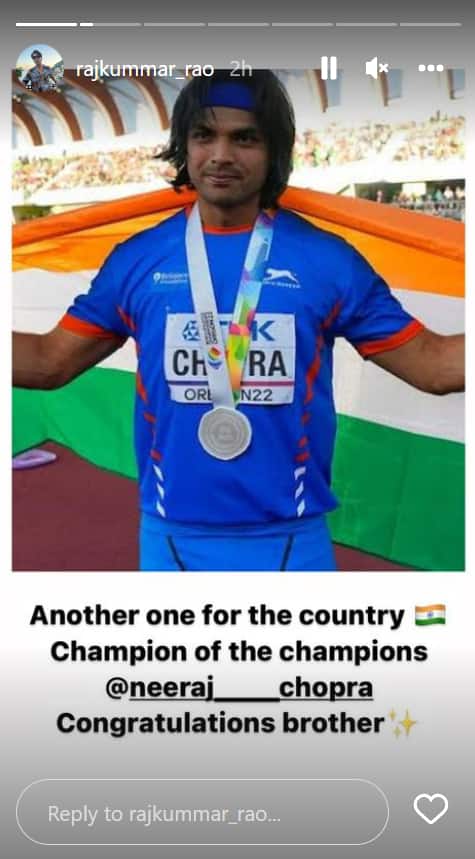 At the World Athletics Championships in Eugene, Neeraj recorded a distance of 88.13m in his fourth attempt in the men`s javelin throw final and secured the second position.

Neeraj also became India`s first ever track and field athlete to take the silver medal in the World Championships, and second to bag a podium finish after the legendary long jumper Anju Bobby George had finished third in the Paris Worlds in 2003.